The promise of digital currencies for sub-Saharan Africa

A digital revolution is under way across the region – but for populations to benefit, governments must ensure they’re regulated and safe.

The outlook for sub-Saharan Africa is hostage to a shifting and tumultuous global environment: tighter global financial conditions, a slowdown in advanced and emerging market economies, and volatile food and energy prices. Macroeconomic imbalances including high debt and weak external and fiscal positions are of serious concern for many countries.

On the upside, however, a digital revolution is under way across the region, with the potential to propel the region towards a more prosperous and resilient future. Policymakers are considering a number of innovations in the realm of digital currency to bolster payment efficiency. These include mobile money, central bank digital currency (CBDC), and even the much riskier cryptocurrency.

Digital currencies have the potential to improve the lives of the poor by facilitating access to finance and providing options for faster and cheaper payments and transfers. As many households don’t have bank accounts, allowing them to transact digitally with minimal technology could enhance their access to formal financial services.

It can also lower the cost of sending remittances to the region, which is the highest in the world at about 8% of the amount being transferred – almost two percentage points higher than the global average.

Furthermore, enabling faster and cheaper transactions could spur productivity gains. These and other benefits of digital currencies need to be carefully weighed against their risks, particularly for financial and macroeconomic stability

Mobile money such as M-Pesa in Kenya has made significant inroads in improving financial inclusion. In just the past five years, the number of mobile money accounts in sub-Saharan Africa has doubled to more than one per adult (Chart 1). As of 2021, the region has over 600 million registered mobile money accounts. Over 30% of them are currently active, which is also half of the total globally active accounts.

Almost everywhere in Africa, customers can open mobile money accounts linked to their phone numbers and use them to transfer money, make payments, and exchange mobile money for cash at low cost. The cost of sending remittances – a significant source of funds for the region – also tends to be lower through mobile money than banks or other money transfer operators.

Mobile money can also help open doors for formal financial services. For example, vendors who transact using mobile money will build up a transaction history that could later facilitate access to a loan from a financial institution. 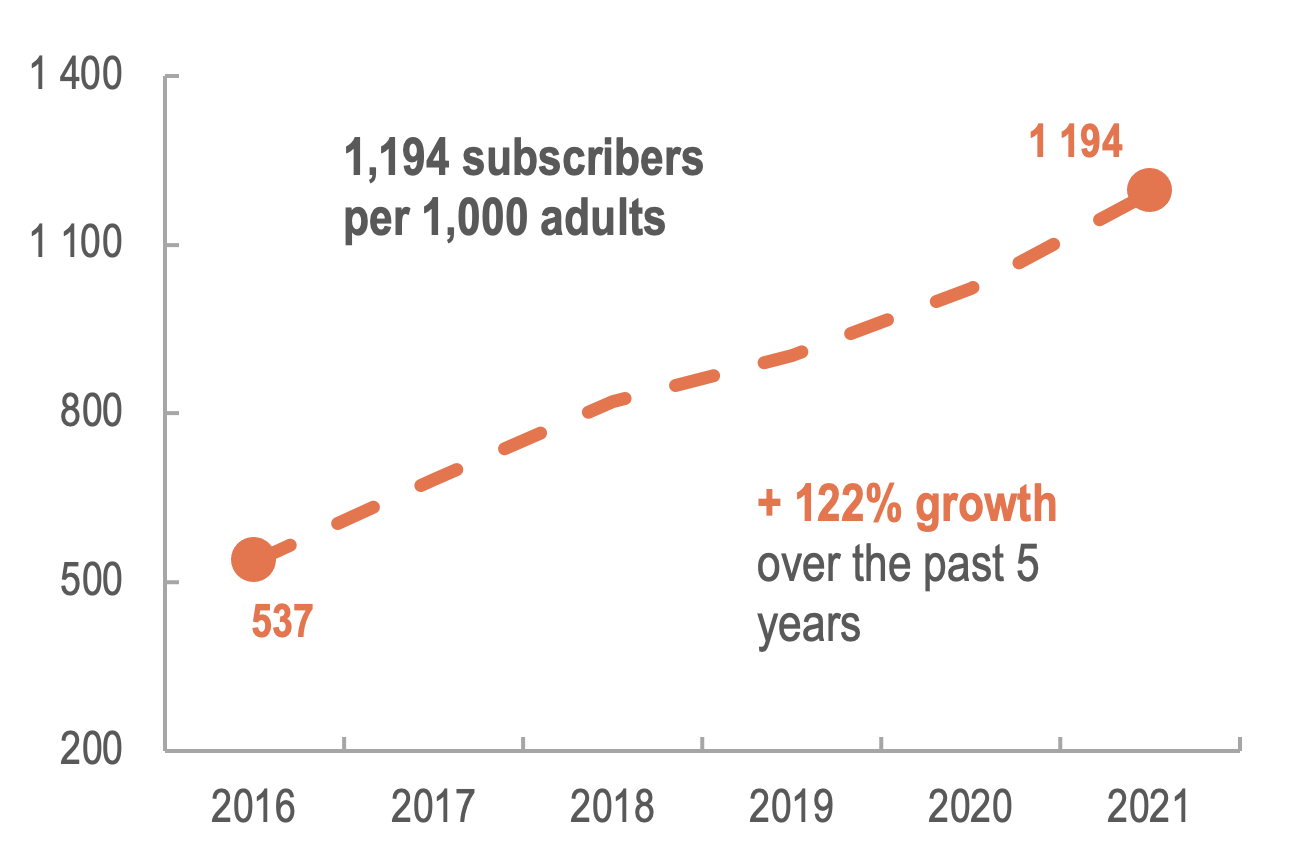 CBDCs are another powerful digital tool that can allow person-to-person transactions, without needing internet connectivity or bank accounts. As a digital version of fiat money issued and fully backed by central banks, CBDCs can also be designed to facilitate transactions across different mobile money providers, enhancing their interoperability.

Furthermore, CBDCs can support regional integration efforts by facilitating more efficient cross-border financial transactions that could help boost intra-African trade. CBDCs also help central banks to keep a foothold in the digital retail payment space and not let it be completely dominated by single private providers. However, for CBDCs to be widely accepted, they need to be designed and implemented well, which would require significant capacity in central banks. 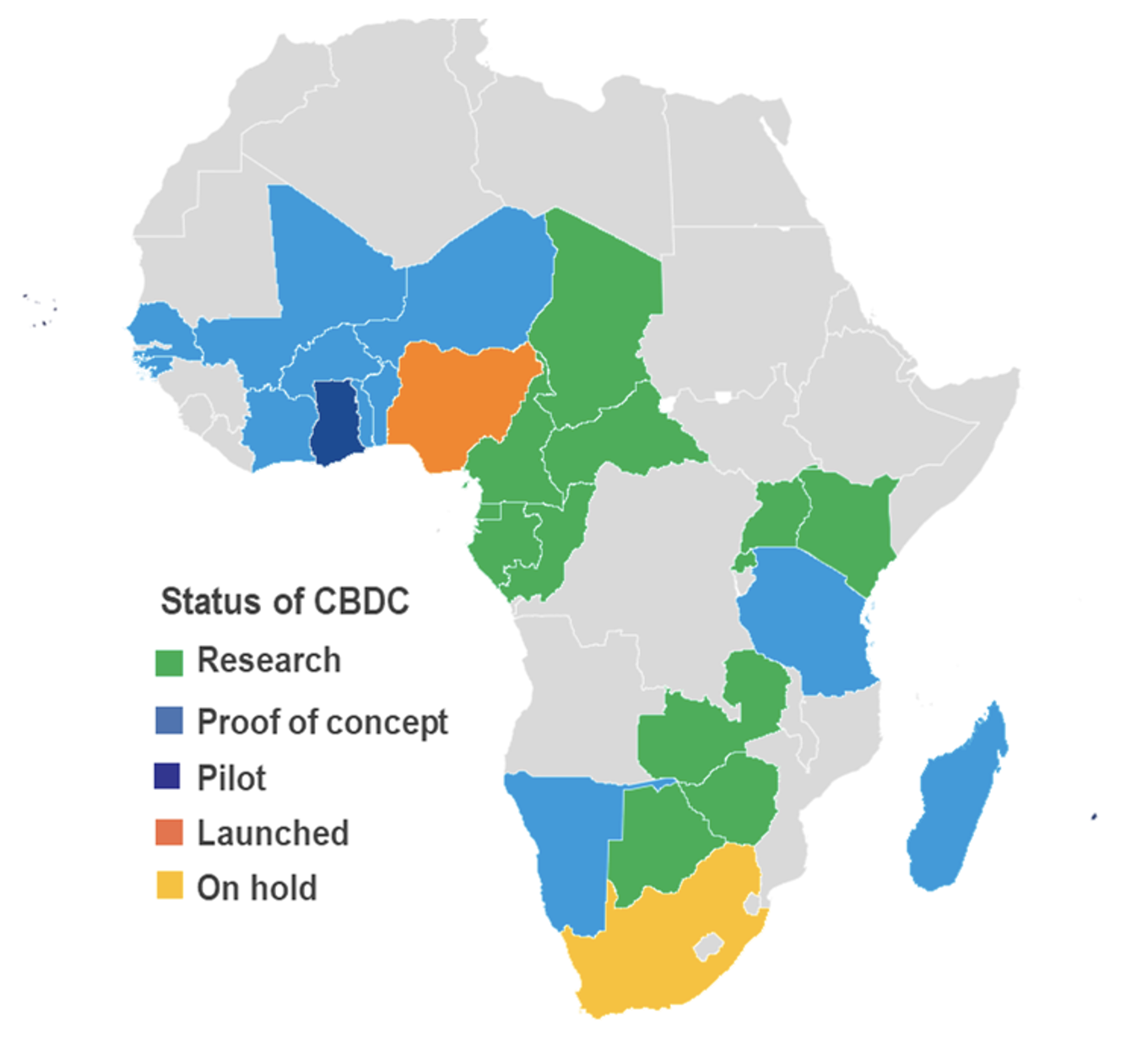 Source: IMF internal survey, and staff calculations.
(Note: The West African Economic and Monetary Union and the Economic and Monetary Community of Central Africa are the two regional banks that are considering CBDCs. After piloting two domestic and one international CBDC, South Africa has decided to place its launch plans for the former on hold, but the latter might be launched after five years.)

The use of cryptocurrencies such as Bitcoin is also growing in the region, peaking at about US$20 billion a month in June 2021. Cryptocurrencies could pose significant financial and macroeconomic risks given their volatility, for example by inflicting large financial losses on customers, particularly those with limited financial literacy. They are not suitable for pursuing financial inclusion goals.

Policymakers are also worried that cryptocurrencies can be used to circumvent local capital control rules and transfer funds illegally out of the region. Broad-based use can likewise undermine monetary sovereignty, and lead to significant risks to financial and macroeconomic stability, including price volatility. These risks are that much greater if cryptocurrencies are adopted as a legal tender – as in the case of the Central African Republic.

For these reasons, regulatory frameworks around the use of cryptocurrencies need to be significantly strengthened. However, the decentralised nature of cryptocurrency makes it difficult to regulate – much more so than mobile money or CBDC. And only a quarter of countries in the region have introduced any regulations. Accordingly, two-thirds of countries in the region already restrict their use, and one-fifth have banned them altogether (Chart 3). 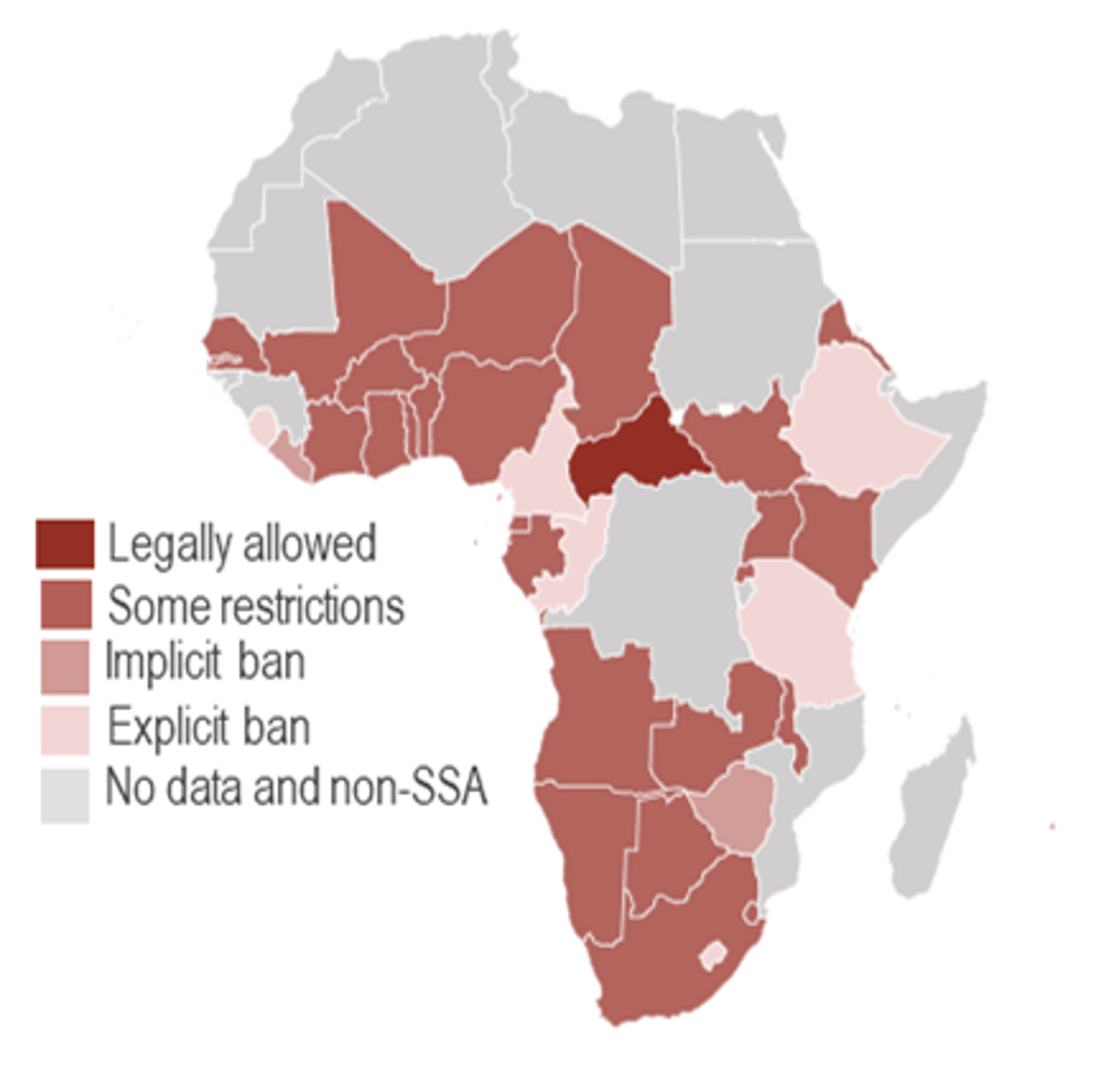 Going forward, policymakers would need to manage the potential risks emanating from the widespread adoption of digital currencies. Their extensive use can, for example, increase the risk of financial disintermediation should they trigger rapid withdrawals of funds from commercial bank accounts.

In addition, digital currencies could be used to commit crimes such as cyber fraud, laundering the proceeds of other crimes, and the financing of terrorism. Authorities should implement measures to mitigate the risk of such misuse, including through an effective framework to regulate and supervise these activities, and ensure they can investigate and prosecute crimes involving these digital currencies.

Digital currency innovations such as CBDCs and mobile money promise to usher in a new era of fast, secure and efficient payments in sub-Saharan Africa that can be tailored to its unique development needs and challenges. With its young, vibrant and increasingly tech-savvy population, the digital economy provides the region with an opportunity for leapfrog development, and digital currencies can be an important gateway.

For more on this topic, watch the ‘Living on the Edge: IMF outlook for sub-Saharan Africa’ seminar video here.

Saad Quayyum is an Economist at the International Monetary Fund. His research focuses on international finance, growth, and development. He has a Bachelor of Arts in Economics from Dartmouth College, and Ph.D. in Economics from University of Wisconsin-Madison. Prior to the Fund, he has worked at Federal Reserve Bank of Chicago.

Tebo Molosiwa is a research analyst at International Monetary Fund.

Why the stories Africa tells itself are key to its future